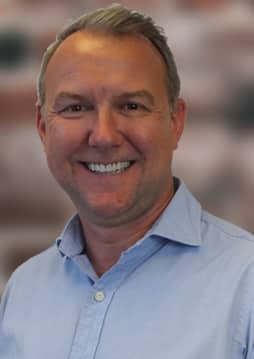 Corey spent his formative years as an engineering apprentice in the British Army, specialising in the repair and maintenance of armoured vehicles, before earning a coveted place at the Royal Military Academy Sandhurst. He commissioned into the Royal Logistic Corps in 1999 and went onto have a distinguished and decorated career, which culminated in his promotion to Lieutenant Colonel and being appointed Commanding Officer 3rd Regiment Royal Logistic Corps. Corey also held senior international appointments in the UN, NATO and EU, completing several operational deployments to Bosnia, Kosovo, Macedonia, Afghanistan and Mali, to name but a few.

Retiring from the British Army in 2017, Corey was appointed Executive Officer (Strategy & Transformation) to the Government of Bermuda. The scope of his role also extended to providing the US DoD with expert advice on financial crime strategies across the Caribbean, to combat the illicit trafficking of humans, drugs and arms.

Since 2019, Corey has been the Chief Strategy Officer at OSTC Group, which is a global FCA regulated FinTech & EdTech business. He has been the lead executive for all strategic activities within the Group and, with his team, covered corporate development, ESG, geographic expansion (into Africa) and M&A. Corey is very proud of creating a corporate strategy that withstood the rigours of a global pandemic, while also completing three successive acquisitions, which in turn transformed a nascent education business into a world-class EdTech offering.

Corey spends much of his spare time renovating the family home, with absolutely no idea what he’s doing. Other interests include food and travel, which he shares with his young, globetrotting family. He is married to Sara, who is a career and leadership coach, and they have two children, Florence and Samuel. The family is completed by two rescue dogs, Major and Eddie.