A requiem for Nash- the end of the Barnet experiment 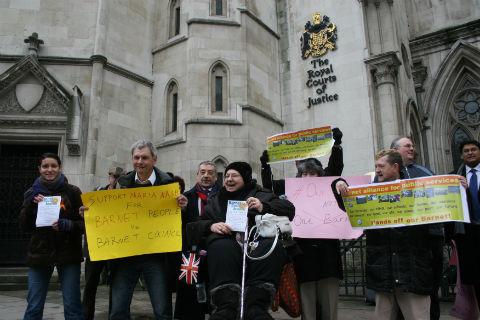 Nash is one of the classic consultation cases. Although it was struck down for being brought out of time, Lord Justice (as he would become) Underhill’s 2013 judgment on the outsourcing of most functions of Barnet Council gave us important (if not legally binding) guidance on how courts would consider the best value duty introduced in the Local Government Act 1999, and the consultation duties to achieve the same, an assessment reaffirmed in the Court of Appeal.

At the time the Council described the decision to outsource practically all services it legally could to Capita as making it the first ‘easyCouncil’, a reference to the budget airline, and councillors claimed at the time would enable them to reduce the number of council employees from 3,200 to 322, a huge saving of public money. Mrs Nash’s challenge to the decision, though it failed, highlighted the challenges of consulting on these sorts of decisions and reminded us that consultation was necessary on this sort of major outsourcing decision.

Scroll forward ten years to today, and the Council has just announced that it will be ending the outsourcing contracts and bringing most services back in-house. The new administration, politically different from the old has described the vote as the “death knell of the council outsourcing experiment”, which failed to demonstrate the supposed benefits and launch similar schemes in the area.

With over £400m of services having being outsourced, the process to bring them back under the council’s aegis might prove challenging. But does this have any impact on consultation and engagement? The Nash case was always somewhat of an outlier, as a case that in the strictest legal terms, failed to take off. The persuasive arguments of Underhill LJs obiter comments on the best practice duty have lived on and been cited in other related case, most notably perhaps in R (Williams) v Caerphilly County Borough Council back in 2019, where the principles were applied to a decision to close a leisure centre in Wales.

The Barnet experiment then, though it has now come to an end, has a strange afterlife in helping us to understand the rules on how we should be consulting on achieving best value in local government decisions. With Council’s ever looking to save money, and more cuts to central government funding likely on the way, it seems unlikely (given all the problems there were along the way) that the Barnet model will reach widespread adoption but outsourcing of services remains alive and kicking.

For those working in local government, brushing up on the application of the Nash principles to your decision-making in advance of potentially seismic changes made by choice or not would seem an advisable step to ensure that you continue to lawfully decide on how to save money in your area. But will the ghost of that decision ever be put to rest? Best value is not something we see coming up much these days, but it may well see a resurgence as more of a focus comes onto fiscal responsibility in the face of hard political reality. In this, perhaps Barnet was not a failed experiment, just one that didn’t quite have the results they were expecting.