Cycle Lane or video game? The importance of consulting on design, as well as principle 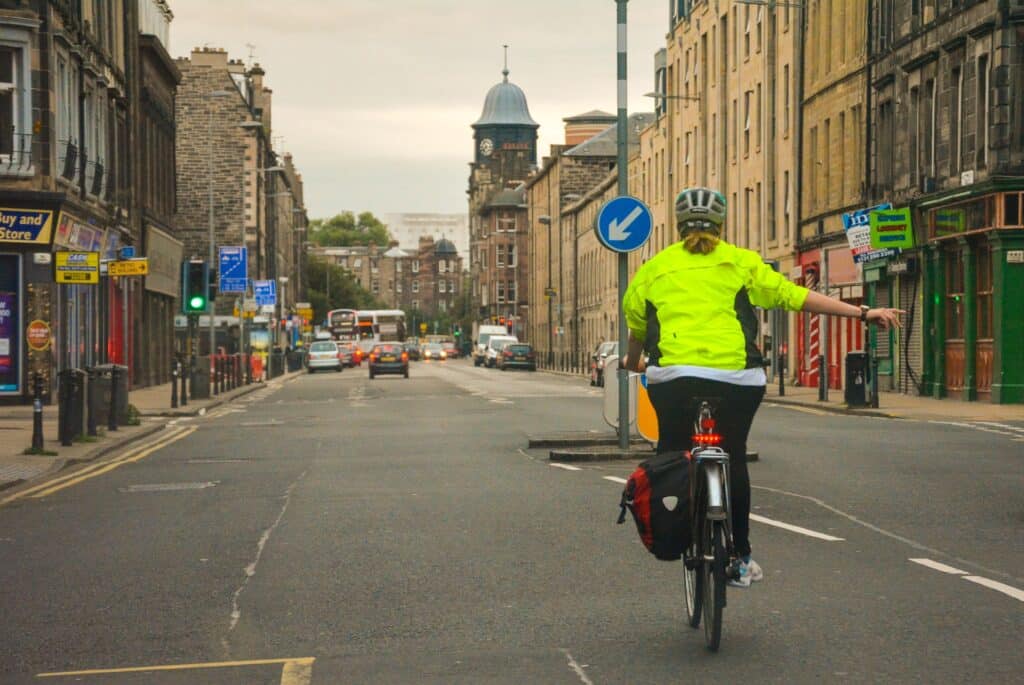 Sometimes we find our news stories cropping up in the most unusual places. Sometimes in two. This one I found whilst I was waiting at the airport for a flight desperately trying not to think about work (unusual place 1), on the video gaming focussed website Kotaku (unusual place 2). It involves the story of a cycle lane in Edinburgh, which the writer of the story likened to a real-life version of the video game ‘Paperboy’. Looking at the video of someone riding down it posted on twitter, you can see why.

The cycle lane runs along Leith Walk and zigzags along the pavement, dodging street furniture and pedestrians, and leading to what looks like, in all honesty, something of a nasty ride. It’s not just a matter of aesthetics or cycling comfort, however. In places, the lane renders the pavement incredibly narrow (in some places it’s even partially blocked by tables, chairs and other bits and bobs), at one point the exit of a Sainsburys discharges more or less straight onto it (a point at which it’s not immediately clear that there is a cycle lane there at all- woe betide the inattentive shopper!), and at places (including outside shop entrances) you can walk onto the cycle lane without any change in tactile materials.

Notwithstanding the unusually wobbly design, all this adds up to an accessibility and equalities nightmare. There have been several consultations on various aspects of the strategic programme around the area, the designs for which can be found in this document (page 12 for the section in the video), but in their desire to build the tram (the cycle lane is an adjunct to this), they seem to have forgotten to ask key questions about accessibility and basic design.

Back in April, criticism of the project was acknowledged by the Council who said they had discovered “defects” in the route- and that corrective action would be being taken. In addition, they claimed that the complete cycle project would not be open until July, and there was much work still to be done. For our part, as we are now coming up on July, we would suggest that the whole palaver demonstrates the critical importance of asking questions about design as part of the planning process.

In one of our old training courses delivered in Scotland, there used to be a picture of a newly built path, which had next to it another well-trodden path over grass that cut the corner off the turning (for the curious amongst you, these are known as ‘desire paths’ in transport planning). We used to use it as a demonstrator of the value of community knowledge- had they asked the question of local people as to how they turned that corner, they might have been able to put the path in a place that better matched how people actually used it. The Edinburgh place would seem to be a somewhat analogous case.