Kitchen table democracy- consultation brings principles home so let’s give them a boost! 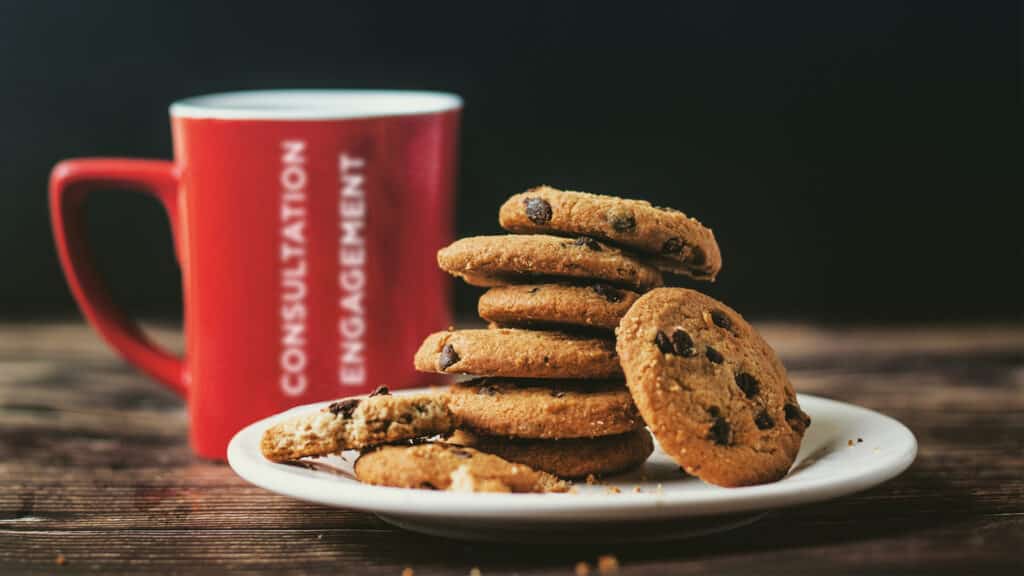 It’s become something of an accepted position over the last decade or so to suggest that democracy might be on the wane across the globe. In the US, Hungary and other places, we’ve seen populist leaders rising to high office. Elections have been heavily contested, sometimes violently, and we’ve seen controversial decisions such as Brexit leading to increasingly polarised and partisan politics.

More recently however, in light of the valiant and spirited defence being put up by the Government and people of Ukraine against an attempt to overthrow their own democracy, there has been something of a rallying around the values of liberal democracy with the stark reminder on the eastern border of Europe of how valuable it is, and how important it is to fight for it.

A week or so ago I was scrolling on twitter, as you do, when a tweet popped up from an American media outlet. Due to the aforementioned problems of recent years, this has become in and of itself a worrying sign, but not this time. The tweet contained a quote from a speech given by Nancy Pelosi, Speaker of the US House of Representatives, in which she had said “We have to show the public the relationship between democracy and their kitchen-table concerns.” She was referring to the particular political woes of the Democratic Party in the US, but the quote struck a chord with me.

Recent global events have reminded us all that democracy can be a tenuous thing, and whilst the vast majority support it in principle, in practice it often feels quite distant, as if it’s something that’s happening to us, rather than something we’re actively participating in. How many times have you heard round election time (the quintessential expression of democracy for the majority of citizens) “Oh I don’t vote, it’s not like my one vote will make a difference”, or “It doesn’t matter, they’ll just do whatever they want anyway”?

The rise in political apathy that this can create has both positives and negatives. It can dampen the fire of tribalism and aggressive political thinking, but it also decreases participation. It also makes the general population more susceptible to misinformation and the acceptance of slipping democratic or constitutional standards. If everyone thinks all politicians are on the take, then they don’t notice or care when particularly terrible examples emerge. If people get cynical, then they start to let standards of public behaviour slip.

These might all seem like matters of high principle, far removed from our immediate interests, an insurmountable problem which we have no way of solving, but I would argue that in this, we as consultors occupy a rarefied position. We represent the persistent democracy. The democracy that doesn’t require you to turn out of your home to go to a polling station to vote, the democracy-between-elections. The everyday concerns, not the high politics and squabbling. We’re the couriers who bring democracy to your door, or, as Pelosi’s quote made me think, to the kitchen table.

Fancy words, no doubt, and a boost to the ego. But I would argue there’s more to it than that, and that holding that unusual position gives us a unique role and a unique responsibility as promoters and sentinels of democracy. Whilst many people are activists for it, and will readily express their support, we are the ones who have to make it work, demonstrate that it does, and convince people that participation is not only worthwhile, but advantageous.

It’s a continual mission too. Most people reading this will be endeavouring to reach not only good practice, but best practice standards. You’ll be complying with the law and doing what you have to do according to the policies of your organisation. But we should always be asking what more we could do, how we could go further, and how we could do things even better.

There are two key core expertises that those who work in consultation and engagement share, both of which can help us with this. The first is communication. We should always be looking for better ways to communicate what we’re doing. Best practice consultation already involves a considerable degree of transparency, sharing how things are going, and most of us do that already, but our communications also convey the message that democracy is working and passively counter the narratives that lead to apathy or distaste. Most of us hold apolitical roles, and in this, that’s a massive advantage. We’re not the politicians that draw people’s ire, we’re their friends and neighbours, the ones who live next to them. So even if they don’t feel they can trust politicians, they may well trust us. So flex those communicative muscles and work out what more you can do!

The other is democracy itself. We’re all experts in it, or at least as close as it’s possible to get. Perhaps we don’t have academic doctorates in it, or professorial titles, but we have something better- we know how it works from a practical perspective. Most of us will be experts in one sector or another, but many are also more generalists. Whatever sector or geography you work in, you’re the one who is best placed to innovate and develop. So let’s start experimenting, within the bounds of the law and good practice of course. I had a conversation with a colleague a few weeks back in which I mentioned I was a fan of table-top roleplaying games (Dungeons and Dragons and the like), and they asked me “Could that be useful in consultation and engagement?” I couldn’t give them an immediate answer, but I’ve started thinking of ways in which the principles and practices behind it might be.

So seize on your hobbies, on your passions, and start thinking about how you could apply them. You have the expertise in democracy to work out how, even if it’s not immediately apparent. You have the skills in communication to share your ideas. We’ve seen a lot of innovative things over the last two years, and the new digital toolset has broadened horizons widely. Most people aren’t crusty old reactionaries who will grumpily shun new tools and techniques, so start trying things out, going beyond the usual boundaries. We might be the purveyors of kitchen table democracy, but that doesn’t mean we should get comfortable.