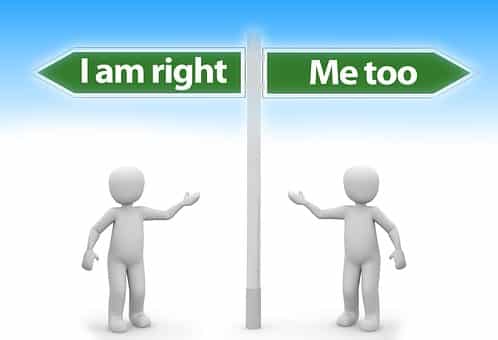 Why should people who respond to consultations have any ‘rights’?

In fact, are there not too many rights around anyway? Are we not over-fixated with giving people all kinds of largely unenforceable entitlements? And are not the interests of consultees protected by Equality legislation and by a legal process that is pretty comprehensive … if a bit slow?

Over the years we have heard these and many other arguments – all opposed to any idea of giving consultees anything meaningful by way of ‘rights’. We also have to remember that those who organise public consultations already face  a massive challenge and we have no wish to add to their burden.

Even so, as we wrote The Politics of Consultation – published in the next few days – we could not ignore the sad truth that many people have limited faith in the process. They fear that consultors are merely going through the motions and that, whatever they say, consultees will not be taken seriously. Although there are, without doubt, excellent exercises conducted by conscientious officials and politicians there are too many where stakeholder responses seemingly disappear into a big black hole, never to be seen again!

There are high levels of dissatisfaction with public consultations, but we are short on effective remedies. In practice it is often a single option – go to a solicitor and try your luck in the Courts. In fact, luck plays a significant part in the equation. Preparing for a judicial review – let alone undertaking one – costs a small fortune. The delays are frankly unacceptable, and so many cases are wholly unpredictable. We must have better remedies.

In The Politics of Consultation, we consider various ways of regulating public consultation and enforcing standards. One thought is to legislate – introduce a consolidating Act of Parliament that brings all the myriad legal obligations to consult onto a common basis. Another is to create another Ombudsperson. Yet another idea is to create an Office of Public Engagement as an independent body that could set standards and act as a watchdog for their enforcement – a little like the Office of Budgetary Responsibility. It could possibly adjudicate swiftly but fairly on disputed consultations.

They all have advantages, but what we really need is a better consultation culture – eliminating the flakiness that accompanies some existing practices. We have therefore sought to devise a simple framework of duties and rights that avoids the legalese of the Gunning Principles, and which can be used as effective tests of best practice by those charged with organising consultations. We do not expect the duties we place on consultors to raise too many eyebrows. But rights for consultees?  Are we joking?

Consider this. Upon their shoulders carry much of the cost of consultations. 10,000 people responding to a consultation represents a huge effort and if we are to engage with the stakeholder community – and the wider public, we need to persuade them that their time and efforts are valued. We owe them a measure of respect – a signal of recognition that goes beyond a cursory ‘thank you’. Calling them ‘rights’ may be a bold statement, but the world is becoming more participative, and especially in less established democracies than ours, there is a pent-up demand for involvement in public policy decision-making.

It also happens here – though the context is different. Every week in Parliament, an MP will rise to insist that ‘My constituents have a right to be consulted about …XYZ …’  Ditto in the Council Chamber. Or at meetings of Healthwatch. Or a Water Consumers Panel? And others.

Our attempt to articulate rights for consultees reflects the move away from an autocratic society where people are content to be treated as occasional participants graciously accorded some informal opportunities to whisper from the side of the stage. They demand more. They demand a right to be consulted.

In future articles we will describe and explore the various ‘rights’ we propose. Or one can read The Politics of Consultation and see what we have in mind.