‘Scope drift’ and the perils of Referendums 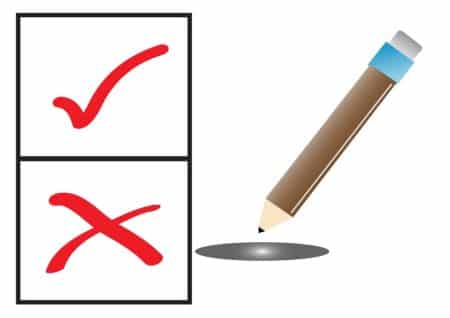 The never-ending debate about the EU referendum of 2016 often morphs into an argument about the nature of consultation.

On the one hand, there are people who see what occurred as a marvellous occasion which motivated and mobilised the UK in ways that our democracy has seldom if ever witnessed before. Unless you live in Scotland and witnessed the immense tidal wave of public participation in the Scottish Referendum, there is some truth in the assertion that this was indeed the most extensive public consultation ever.

In contrast, others may argue that if it ever was a consultation, it was a botched one. They will point to the poor quality of the debate, the various financial shenanigans, and allegations of deception on the one hand and ‘project fear’ on the other. Passions still run high.

In The Politics of Consultation, we warn about the pitfalls of Referendums, but of course they have become a fixture in many countries, and in many ways, they genuinely count as public consultations.

What occurred over the 2016 EU referendum is that a device which constitutionally could only be consultative, was sold to the British people as a decision-making vote. For that we can blame Parliament and almost all the political parties who connived at this misrepresentation. But from a consultation aspect, what struck us is that referendums suffer from a significant flaw that we call scope drift. It is our term for what happens when you ask people one question, but the agenda drifts onto other peripheral issues.

In a General election we ask the electorate a general question – who should run the country? But the whole point of a Referendum is to ask a very precise question. Clearly therefore, any departure from it will be controversial, and the case of those ‘remainers’ who complain about the exercise is that what began as a question about membership of the European Union became an opportunity to vote for more money for the NHS. One side argues that this is a perfectly reasonable extrapolation of the case for saving money by leaving the EU; the other sees it as a monumental digression on the basis of a purely speculative hypothesis.

Now, in a conventional public consultation there is an in-built safeguard that prevents such changes in the agenda from affecting the ultimate decision. In short, decision-makers can rule the new items to be, in effect, ‘ultra vires’ and beyond the intended scope of the exercise. They can therefore exclude them from influencing the ultimate decision.

Is all this academic? Not really. The interaction between politics and the exercise of power with the processes of listening to the views of stakeholders and others, necessarily needs a framework whereby people know what it is they can influence. This is why such an emphasis is rightly placed upon people understanding the full impact of the various possible outcomes.  If the Referendum was subject to the kind of scrutiny given to important public consultations, there would have been many questions about the way in which the impact of staying in or leaving the EU were explained.

In the book, we quote Quintin Oliver as saying that the drawback of Referendums is that they permit no shades of grey. “No, unless…” or “Yes, if…” cannot usually appear on a ballot paper. The great advantage of a well-designed consultation is that, within its defined scope, it can permit – indeed in can encourage precisely this kind of more nuanced debate.

As the current Cabinet gathers in Chequers to argue about its position, it will find that the will of the people as expressed on June 23rd is of only limited assistance. Decision-makers can be far better served by a thought-through consultation that asks the right questions and enables the impact of various options to be subject to informed dialogue.

But that, is The Politics of Consultation.