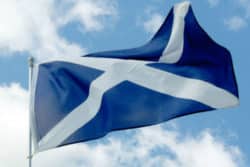 The planning system is how we, as a society, decide what gets built where. It is one of the ways in which many citizens engage in our political processes. When I worked in the Scottish Parliament, around half the casework MSPs received was about planning. And that’s appropriate given that the planning system introduced the obligation to consult public decision making in the UK in the 1947 Town and Country Planning Act.

The Scottish National Planning Framework represents an evolution of that approach. Rather than being a local authority plan, it pulls together developments of national significance. Previous National Planning Frameworks (NPFs) have included major projects, like the Queensferry Crossing. It is appropriate that there is a national approach to consultation and decision making on these developments. The draft contains proposals on 20 minute neighbourhoods , where all services are accessible within a 20 minute walk. There is also a requirement on developments to show that they contribute to the Scottish plan for net zero.

The fourth periodic refresh of the National Planning Framework is out for consultation until the 31st of March 2022 . It also outlines significant changes to the sort of projects yet to be completed – with a move from single grand projects to dispersed projects across Scotland. Where the 2014 NPF 3 focused on site-specific projects, such as the redevelopment of the Dundee waterfront or the old steel manufacturing site at Ravenscraig, NPF4 moves to a placemaking approach that focuses on the quality of life in the communities where people live and work.

The Scottish Government led approach to planning informs regional plans prepared by each of Scotland’s 32 Local Authorities. Yet despite the volume of correspondence that MSPs receive on planning and the very substantial community disagreements about developments, this process is consensual and has attracted relatively little attention. It is open for anyone to comment upon and will be approved, subject to the consultation later in 2022.

So have we solved the problem of planning with a National Planning Framework?

So the question is why we have not learned from the changes to the planning system at the national and regional level and applied them to the specific development consent process?

There are a number of reasons. Firstly, the planning system was developed in a very information-poor world. It required developers to bring forward proposals about the site they wished to develop. It meant written neighbour notification by post and by public notices. And it meant a process where the options open to planning authorities are to either approve or reject the application.

This process is unnecessarily adversarial. It creates perverse incentives for developers to trail radical proposals that can then be scaled down to give the appearance of compromise. It forces people to either approve or reject a proposal that they have had limited input to.

So, would a shift to an approach that is based on co-production rather than adversarial processes work better?

The evidence is that people are much more likely to accept an outcome they don’t like in a process where there has been fair involvement. By creating a community co-production approach to the local planning and development consent process, we could transform one of the most contentious elements of our public sphere.

There are real opportunities to use new tools like Minecraft to model what local developments should look like and to create intergenerational links, creating ways for young people to be involved in a planning system that is currently difficult for them to participate in. We could add to neighbour notification with new methods of communication that add value and allow people to track the progress of a development.

And we might bring our communities together around the future developments that will shape the future. It won’t just save those parliamentarians from the ire of their constituents; it will help us build a better future.

A brief explanation of what the ’20 minute neighbourhood’ approach is and what it means will be useful here.

Would it be better to include this sentence in the next paragraph where you are summarising what the new proposals include, and how they differ from previous NPFs?

On introduction of NPF4, write a short sentence about the overarching purpose and goals of the new proposals i.e. does it seek to address gaps in previous frameworks? have priorities and needs shifted etc.

Peter has an extensive track record of involvement with policy across public, private and third sectors in Scotland. He brings a broad understanding of how to make decisions better, work more effectively with a range of stakeholders and how to incorporate technology and data into those approaches. Previously he was Head of Policy for Nesta in Scotland and Rector of the University of Edinburgh. His career has included time working for a number of voluntary organisations and in the private sector for a service design agency.