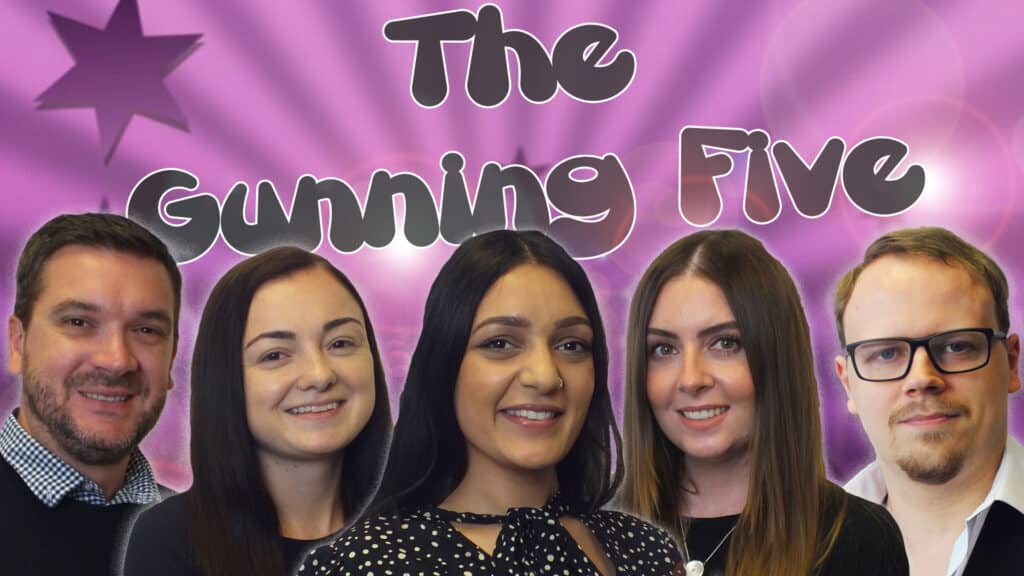 tCI is proud to announce today the latest addition to our exciting product portfolio. Finding its place amongst our extensive range of e-learning courses, professional services and public training, and adding to the canon of tCI entertainment media started by The Art of Consultation and The Politics of Consultation, we’re delighted to launch the new tCI Band, the GUNNING FIVE!™

Made up of tCI staffers, the GUNNING FIVE!™ will shortly be starting their first UK tour, playing at council offices, public events and focus groups around the country, with a final headline show at the Supreme Court, due to the closure of the O2 Arena. Simultaneously, they will be also launching their debut album, “I MIGHT HAVE BEEN CONSULTED, BUT I DON’T FEEL VERY ENGAGED”, including such tracks as:

“Baby, I would ask you to marry me, but my proposal’s at a formative stage”

“You want sufficient information for your intelligent consideration?”

“Time is ticking, but I don’t find it very adequate”

“My consideration is conscientious, but my heart is not”

Already rated as a top album on Trip Advisor, the debut is sure to have toes tapping around the country! Speaking exclusively to NME, band manager Simon “The Director” Foul said:

“We’re delighted to launch our new fantastic five onto the open market. I’ve listened to their music and it’s really quite something. I don’t know exactly what, but it’s definitely something. Now do you mind, I’m really just trying to buy a coffee and a croissant.”

With a punk-rock/blues sound, the band is comprised of five new and upcoming young talents Sheena “The Smasher” Ahmed, Martyn “Two-Bit” Beeby, Sarah “Slippers” Jobling, Elena “Iron-Noggin” Vincent and Stephen “Insert Nickname When You’ve Thought of One” Hill. We asked the band members for their views, but they just yawned.

Already being described in the entertainment press as “Who?” and “I think I saw them play the Brighton Aquarium once, but then they were attacked by an angry octopus and security threw them out” the band has been making waves in the consultation and engagement community. So look out for their tour dates in your area! Don’t get left behind on something that’s bound to go viral (but not like that…). They’re the next Beatles, the next Rolling Stones, the next big thing! Merchandise is already on sale from the Institute store, and the album will be available in all good bookshops.

April fool! We thought we ought to join in the fun!