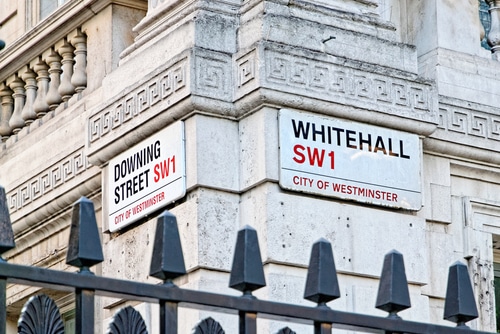 Most consultors will be familiar with at least the basics of judicial review. It’s a process that allows decisions of public authorities to be challenged in the courts and gives individuals and groups a way to quash or otherwise alter unlawful decisions. It provides a vital balance between the vastly different levels of power represented by the state and the individual and is in many ways the greatest legal equaliser.

For consultors, it is both a bane and a boon. If a consultation is challenged, it can lead to significant delays and costs as the process moves through the courts. Equally, it is because of past consultation related judicial reviews that we are able to define the law of consultation and determine how best to avoid future problems with our consultations.

The positive and negative aspects of judicial review for authorities are currently under scrutiny at the highest level. In July of this year, the Government launched the Independent Review of Administrative Law, a panel chaired by the former Conservative Minister for Justice, Lord Faulks and set to consider potential reforms to the judicial review process.

The origins of the panel are fairly clear. Several prominent political decisions of successive Governments have been challenged in recent times via judicial review, most notably over the prorogation of Parliament in October 2019 which was eventually ruled as illegal by a unanimous decision of the Supreme Court. It was only the latest in a series of similar defeats, and the Government did not hide its displeasure. It was not a surprise then when in the December election they ran on a manifesto that promised:

“To guarantee that judicial review is available to protect the rights of the individuals against an overbearing state, while ensuring that it is not abused to conduct politics by another means or to create needless delays”

Although couched in neutral terms, the legal profession was left in no doubt as to what this meant, that the Government was looking to put more constraints on how judicial reviews might be brought, and potentially to limit the subject matter that could be considered.

But of what interest is this to the Consultation Institute? We always try to preserve our neutrality in debates such as this, only breaking cover when there are good grounds to do so in defence of consultation and engagement. There are two aspects here that we believe merit consideration.

The first is that the review, which closed on 26th October, will not be publishing the evidence it has received. In a letter to the Public Law Project, Lord Faulks stated:

“I expect the report to government will include a summary of responses, quotes or excerpts from individual submissions and set out those who have taken the time to respond to our call for evidence in the interests of transparency; but we are not proposing to include the full text of all submissions (although some respondents may choose to release them themselves); and it is a matter for the government to decide when and how the report will eventually be published.”

Although it is an ‘independent review’ rather than a consultation, it does seem somewhat curious that having called for evidence, it has decided that the public will not see it. This decision has been criticised by contributors and legal organisations alike as being injurious to the principles of transparency by which public inquiries, reviews and consultations should be undertaken. It would not be the first time that the Government has refused to publish responses and lists of consultees. Our FOI request for that information from the Internal Market consultation is still pending.

With many of the external organisations that have contributed to the Review having published their responses independently, much of the evidence is already in the public sphere. However, some of the potentially critical evidence remains behind a veil of secrecy and may well continue to do so. When it was issued, the call for evidence not only reached out to external stakeholders but also included a separate questionnaire for government departments. A continued refusal to publish this information may mean that we do not see these submissions, and they are unable to be publicly tested by subject-matter experts. This, in turn, could allow the cherry-picking of potentially inaccurate, untested data to support any position the Government chooses to take after the Review reports. This lack of transparency is bound to fuel a major row if Lord Faulks produces anything contentious. He will be accused of relying upon undisclosed information that was not subject to any external scrutiny. Ironically, it has the makings of a strong judicial review challenge!

Secondly, of interest to us is the subject matter. It should not be underestimated how valuable a judicial review process can be. Without it, the individual has little or no opportunity to challenge decisions being made about the many little things (and many big ones too) that shape how we live our lives. The disparity in power between the individual citizen and the governing state is vast. To remove or restrict the safeguard of judicial review would risk severely damaging democratic accountability and undermine the basic principle of the rule of law – that the law should apply equally to everyone, no matter who they are. It could allow public authorities to act without fear of challenge, even if the decisions they were taking were illegal.

As consultors, many Institute members deal with decisions that are closest to individuals’ daily lives. They aren’t legislating at the highest levels, passing statutes that most people will never really interact with, or reorganising entire systems of policy and governance – they concern local planning, schools, health and social care services, housing or local transport. Although superficially the restriction of the ability for campaigners and affected individuals to challenge decisions may seem appealing to decision-makers, the effects would go far beyond a specific decision under challenge and to the very heart of fairness and equality before the law in our society. On a more personal level, if the appeal to democratic and legal principle does not work, decision-makers should perhaps consider that they may not always be decision-makers, and one day they may be at the sharp-end of another decision, with no avenue of challenge left.

In consultation, judicial review is the last-resort tool to ensure that the voices of everyday people are properly heard in the decisions that affect their lives. In reality, consultation is perhaps the most everyday expression of regular and properly functioning democracy. Elections may be the stars, the bookends of democracy; but consultation and public engagement between them secure the practical means to influence the impact and shape of decisions that affect the world around them. Removing or altering the safeguards that ensure it is being done properly runs many very great risks.

We do not yet know what the results of the Faulks’ review will be; it is due to report by the end of the year. On the most positive view, it might end up recommending a few substantive changes. But with an 80-seat Commons majority, a Government that has already demonstrated a certain annoyance with courts upholding legal challenges to its policies and positions. It’s not unthinkable that judicial review could be significantly curbed – maybe to the point of being rendered near-toothless. Challenges may also arise with the practicalities of limiting judicial review. It is primarily a common law process, and although limitation could be enacted by statute, doing so in a manner to effectively exclude the common law entirely might prove significantly more challenging. Politically speaking too, politicians with a wider outlook might want to think twice before adding to the power of a rarely-infallible executive.

Most people, of course, will never engage with judicial review over the course of their lives. Most people not working in areas closely connected with it, quite possibly are not even aware that it exists as a mechanism. But it remains one of the most important safety nets to preserve justice and the balance between decision-makers and citizens.

Admittedly, there are serious flaws to the current system, not least the high costs and long delays involved in mounting a legal challenge. Looking specifically at public consultation, right now, if an exercise is clearly inadequate or breaks the common law rules, the only remedy is the ‘nuclear’ button of a judicial review. Is it not possible that many poor or half-hearted consultations could be the subject of effective mediation and arbitration much quicker and at a fraction of the cost? The Institute is urgently looking at the feasibility of a dispute resolution service.

In the meantime, and whilst we wait with concern for Lord Faulks to report, there is a final reflection. If Ministers find that their decisions are repeatedly being successfully challenged, then the problem may not be the judicial review process but the decisions themselves. It would perhaps be glib and self-serving for the Institute to suggest that a more consultative approach to decision-making might itself help to solve their problem.

But if others come to the same conclusion, far be it for us to disagree.