Towns Fund: How were towns selected, and what might be the consequences? 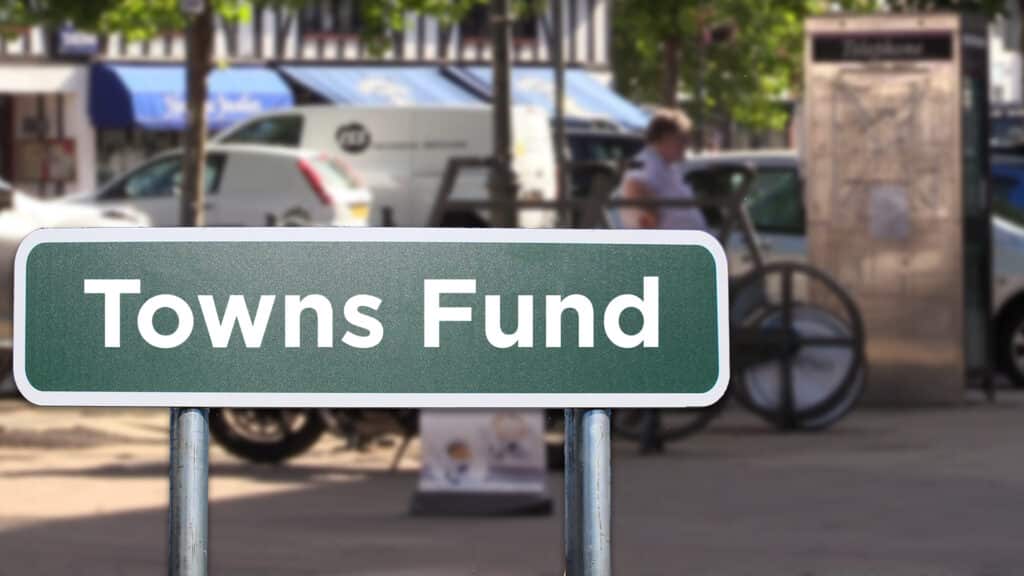 Many have welcomed the Government’s renewed commitment to area-based regeneration in the most deprived towns through the £3.6 billion Towns Fund. However, the process of selecting towns eligible for the fund has been subject to much political controversy and criticism. Regardless of politics, councils still have to undertake a high level of community engagement, and the Institute’s latest Briefing Note offers 7 key recommendations for local authorities to consider while developing their business cases. Now that we have a marvellous case study of the Towns Fund, it’s worth taking a look at why the selection of towns has been criticised.

Journalists and opposition politicians have heavily criticised the Government for recycling cash between flagship funds and furthering their own political agenda by providing cash to the 45 towns (Town Deals), 39 of which are represented by at least one Conservative MP.[1] This sparks a very reasonable, yet complex debate as to whether the Government seeks to deliver on its commitment to fixing inequalities that ‘held-back’ communities so badly need.

Using the ONS measure of deprivation at town level, Department officials ranked 1,082 towns across England by income deprivation and identified 541 towns with an income deprivation above the median value as potentially eligible for Town Deals. In each region, officials divided the 541 eligible towns into high-, medium- and low-priority groups, based on a formula that combined scores against seven criteria chosen to reflect local need and potential for economic growth: income deprivation, skills deprivation, productivity, EU Exit exposure, exposure to economic shocks, investment opportunity and alignment to wider government intervention. In addition to these seven criteria, the selection process included a regional element, with the aim of focusing funding on the regions with higher need. The first four criteria were drawn from official statistics and the remaining three were based on officials’ assessments, based on geographic data at the town level, however, it’s unclear whether officials placed greater weight on certain criteria.

40 towns were placed in the high priority and were all selected to bid for funding, 49 towns selected from the 318 towns that comprised the medium-priority group, and 12 towns from the 183 towns in the low-priority group. Rationales provided for selecting towns from medium and low priority groups varied from individual characteristics of a town, not necessarily captured in the Department’s scoring process. The recurring reasons ministers’ gave for selection was a town’s potential for investment or growth.[2]

However, the Public Accounts Committee (PAC) saw straight through the explanations. A report released by PAC concluded that it is “not convinced by the rationales for selecting some towns and not others”, finding that the justification offered for selecting those towns to be “vague and based on sweeping assumptions”.[3]  As part of Budget 2021, the Government revealed 45 Town Deals of which represented 17 towns from the high priority group and 28 towns from the medium priority group.

There is a further allegation that the same towns invited to bid for funding include many of the towns synonymous with the 2016 vote to leave the EU. After the National Audit Office (NAO) published a review of the selection process in Summer of last year, an analysis strongly confirmed that it was party-political considerations, as opposed to merit, that determined which towns would be eligible to bid for the fund.[4]

The findings appear to be supported by the NAO review which reveals that 79% of the towns chosen by Ministers “without the underlying information to support the selection” were indeed conservative-held towns, giving non-conservative towns less opportunity to participate in the bidding process. In addition, the cross-party public accounts committee of MPs said ministers made “assumptions” and the lack of transparency led to concerns of “political bias”, which is reflected in the latest budget announcement where 39 out of the 45 Town Deals were represented by at least one Conservative MP.

This is extremely concerning when considering the purpose of the Fund was to regenerate deprived towns that desperately require funding based on local needs, but only 17 out of the 45 towns were selected from the high priority group, while 28 towns were selected from the medium priority group. Given the lack of transparency around selection, this leads to the conclusion that there are major flaws in the criteria/methodology, and perhaps tainted by political bias.

Despite all this, the focus for local authorities should now be on community engagement and getting as much local buy-in as possible. But choosing the right projects will be a challenge as explained in the briefing note and the extent to which public consultation and community engagement is undertaken will determine the strength, popularity, and success of proposed projects.

The Towns Fund will be a crucial topic of discussion in tCI’s virtual conference, Connect 2021, on Wednesday 26th May. To sign up, please click here.

Sheena joined the Institute at the end of 2019 as our Public Policy and Research Officer. In her evolving research-based role, Sheena will be writing articles and commentaries for our newsletter and building case studies of past and future Institute projects highlighting different sectors, pitfalls and law.