Co-production: an asset-based approach to involving citizens in service change 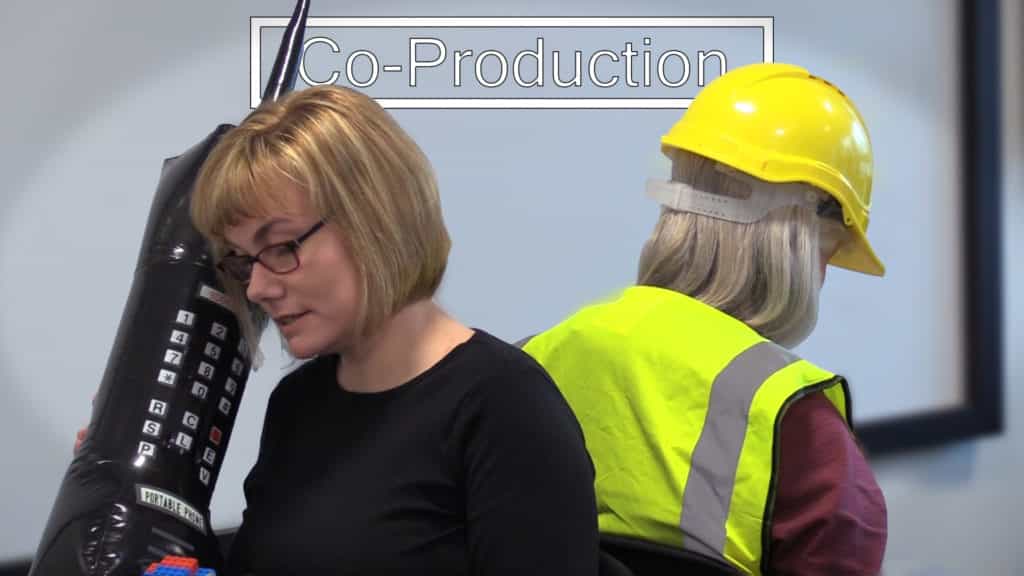 The Institute is regularly approached by public bodies seeking to conduct consultation that meets best practice standards. Increasingly those who approach us are wrestling with the challenge of meeting the requirements to co-produce service change, which policymakers in all spheres of public activity require as a first step rather than an additional activity bolted on. This requirement goes beyond a passing fad or the flavour of the month to a serious change in the way public decision making is conducted.

Co-production is not a new idea and has been around since at least the late 1970s, with much work done around the idea of ‘No More Throwaway People’ developed by Edgar Kahn in the Youth Justice system in Chicago. However, in the UK during the 1990s this approach fell out of favour with preference being given to ‘market force’ economics seeing the adoption of the roles of service provider and service consumer, which assumed the providers had all the answers. Taking health and social care as an example, this saw delivery as being the same approach as taken for goods and services in a retail setting. This view resulted in service users seen as needing things to be ‘done to them’, rather than recognising them as experts by lived experience best placed to make the care they receive better through their feedback. Of course, this applies in all sectors, but, arguably, the impact on people’s lives is most readily identifiable through the care we all receive or wish to be received by our loved ones.

The top-down pressure to adopt a co-production approach, setting aside the moral and ethical imperatives to involve those most likely to be impacted by change in designing that change, is arguably driven by a desire to avoid full consultation, which is both costly and time-consuming. Co-production is not a magic fix that will allow consultors to avoid going to consultation if there are legitimate expectations for one to take place. However, if conducted properly as an engagement exercise, there is sufficient ‘buy-in’ from all stakeholders to proceed to implementation with an agreed position that formal consultation is not needed through the robust processes used.

This ‘top-down’ view is reinforced by the grassroots resurgence in co-production in the 2000s linked to the disability movement and the mental health user’s movement. The disability movement is opposed to the social model of disability where society disables people through barriers (environment, organisations, other people’s attitudes). Their counter to this is that disabled people are best placed to make decisions about the services they receive. Likewise, the mental health users movement opposes the medical model of mental health, and promotes recovery and empowerment, with a strong history of developing ideas, working in equal partnership with professionals.

These shifts in attitudes and practice toward co-production move away from concentration on the deficits in any given situation to recognising the assets they contain. The most important asset in the process are the people within it, recognising this, and building on their capabilities, developing meaningful two-way relationships in the process.

Perhaps the biggest barrier to effective co-production is the lack of shared understanding of what the term means, and even the experts don’t agree. For practical purposes, it is the process of doing with as opposed to doing for or doing too. Co-production is firmly in the ‘doing with’ sphere along with co-design, which leads to some confusion both in terminology and intent.

The Institute’s position is that co-design encourages people to input to the change process by asking for their ideas in an environment of equal power-sharing between citizens and state (public bodies). Co-production asks for all the same as co-design plus actions; in other words, co-design helps create the space for co-productive activity but lacks continuing involvement in delivery. In our experience, most co-productive ‘doing with’ activity is co-design, simply because the requirements for statutory decision making mean the activity has strong influence but can rarely directly involve citizens directly. However, this is an emerging field, and we are ‘watching this space’ with interest for examples where the decision making and delivery include sharing power meaningfully with citizens.

One of the practical benefits of an asset-based co-design/co-production approach is being able to satisfy the question raised increasingly in legal challenge of “where the right people in the room?”. In other words, how where the people most impacted by the changes involved in developing the proposals and appraising the solutions. This is an area in which many consultors are nervous, particularly in light of the Bokrosova v Lambeth case where the best intentions to co-produce a solution for the regeneration/redevelopment ended up in a successful legal challenge to the Council’s intentions. It doesn’t have to be that way; there are numerous examples where co-production/co-design has worked well.

Recently, Cumbria County Council proposed changes to redesign mental health services for young people to improve waiting times and the overall quality of the service after the service was moved from one site to another. The Council recognised the need to identify comprehensive needs and gain a clear understanding of the local context, therefore committed to working with health officials, children, young people and families and co-produced a draft model for the future children’s mental health services.

Last year, a council decided to cut funding for Special Education Needs and Disability (SEND). This drew outcry and protests from children, parents, residents and campaigners who challenged this decision. In response to the protests, the Council decided to ‘shelve’ plans to make changes to SEND and offered to work with parents in co-production to work out how best to manage the SEND cuts. Through a robust co-design process, the Council developed a solution that balanced the needs of all parties, which was accepted and implemented.

At the Institute, we have a group of experienced Associates skilled in the implementation of asset-based approaches, in particular: co-design and co-production. We can provide examples or advice and guidance on the application of best practice methods in an asset-based co-productive environment, including:

Our training, public, in house and online, includes a suite of courses designed to support asset-based approaches:

The next course in this series to run is Making Community Engagement Meaningful for details of the availability of the others, click here

Andy is an experienced insight practitioner, with more than twenty years’ experience in the public sector. Andy has spent many years working in the areas of health and social care as well as economic, skills, and community and enterprise development.