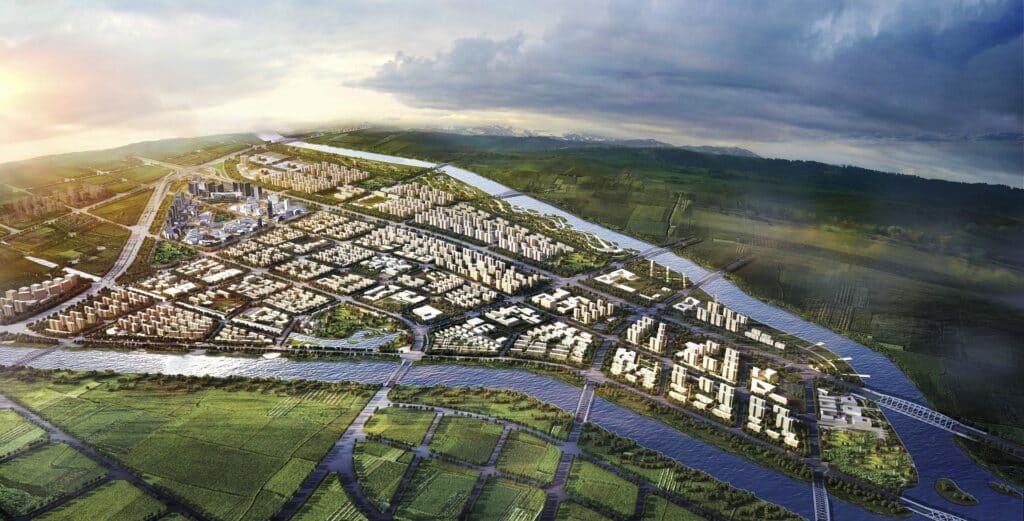 Tuesday this week was World Town Planning Day, a celebration (according to the internet) of “how good planning improves the lives of people and benefits society at large, creating places where to [sic] live, work and play together”. One of the earliest cities known is Çatalhöyük in Anatolia, where hundreds of houses are clustered so tightly together that there aren’t even streets, and access was over the rooftops via ladders and stairways. Much like other early cities, a cursory glance would suggest that it evolved naturally, rather than being planned in the sense we would now understand it.

The earliest planned cities seem to have emerged with the early Mesopotamian, Minoan and Egyptian civilisations. The first description of town planning is found in one of the earliest pieces of literature, the Epic of Gilgamesh with respect to the city of Uruk:

Other civilisations in Mesopotamia and the Indus valley developed their own methods, and the ruins of many of these early cities can still be seen today. The next great developments came with the Greeks and Romans, in particular efforts by the Greek philosopher Hippodamus (who was named by Aristotle “the father of city planning”). The conquests of Alexander the Great spread these ideas throughout the known world, the greatest example being the city of Alexandria in Egypt. The Romans would spread them even further. The development of feudal systems of administration in the medieval era changed the focus of designs, but also largely marked the end of major urban expansionism in the mid-14th century.

All of these early efforts in urban planning shared one common feature- they weren’t much concerned with the needs of society as a whole (save in the broadest interests of basic sanitation, particularly in Roman cities), and they certainly didn’t involve much consultation and engagement. The big changes that would lead in this direction had to wait until the onset of the industrial revolution, and what Thomas Carlyle described as the “Mechanical Age”, where thousands flooded to cities to enjoy the benefits of industry.

It was at this point, that urban planning started being legislated for and regulated, in pursuit of social improvement and healthier living for urban denizens. Political changes started moving in favour of interventionism to support the poor and downtrodden. What might generally be seen as the culmination of this came with the garden city movement in 1898, which has set the pattern for much that followed. At this point we start to see proto-consultative efforts (a key part of the garden cities concept), though often not on a formalised basis, in places such as Bourneville in Birmingham, often run by Quaker-owned sweet firms, but it was still far from the modern conceptions.

The Housing and Town Planning Act 1909 is the first UK legislation to prescribe consultation in a recognisable form, providing that schemes shall not have effect until they have been published in the London or Edinburgh Gazette, and no objections from “person[s] or authorit[ies] interested” received within 21 days of publication, a provision which will be familiar to planners up to the modern era. Guidance around the Act focusses very much on land-owners, rather than merely residents, many of whom would have been tenants rather than owners, so still not quite the broad-based consultation we would expect today.

The modernist movement in the 1920s took us further down this path. The theorist Sir Patrick Geddes placed great store in the city as a offshoot of social relationships and began a vigorous pursuit of “civic surveys” as a precursor to urban planning, which would involve examination of a wide variety of factors to take account of social needs. In addition to this, he was a keen advocate of bringing the public into the process, and the involvement of the public in “civic pageants” that often involved re-enactments of city history to encourage consideration of current issues and cooperation on solutions.

Geddes’ ideas however were somewhat ahead of their time, and development in the post-war New Towns era reverted to schemes closer to the old garden cities idea, and more traditional methods of public engagement. Between the 1940s and the 1970s, three waves of new towns were created, in large part to accommodate populations returning to cities, but with an ever-increasing population, this was never going to be the end of the story.

Contemporary urban planning often rests on a rejection of top-down approaches, and increasingly we see methodologies and a much more heavy reliance on public engagement to determine the shape of communities new and old. Whilst the fundamental requirements often still mirror the traditional objections processes, not too dissimilar to those from 1909, more often than not these are seen as a minimum requirement. Outside of these, we’re increasingly seeing more participative engagement and novel solutions. Perhaps Sir Patrick Geddes was ahead of his time?

In addition to the traditional methods, we also see outreach via other methods. As planners look to reach further and more diverse audiences, the old days of dusty paper blueprints and paper are now looking passé. Increasingly we see digital methodologies and demonstrations. No more does an idea of how a city will look have to rely on the imaginations of consultees. In Sweden, an entire new district of Stockholm is being planned in collaboration with citizens using the simulation video game Cities Skylines, with a replica of the new district available for citizens to view and play around with in workshops. It’s far from the only example of video games being repurposed to help with engagement- in that regard Will Wright’s SimCity franchise has a lot to answer for, given that the early players from back in the 90s are now rising to senior roles across administration and government.

In the UK, there has been a renewed focus on town planning as continuing population rises have intensified the need for housing, and we’re currently awaiting the latest proposals for reform. With increasing public concern about sustainability and the importance of community, public participation and engagement seem likely to provide the core of future planning well into the future. As to what the cities of the future look like, that’s more difficult. Perhaps they will be like the Saudi “Line” city, a proposed 105-mile long city with 9 million residents, or the aerotropolis of John Kasarda? Whatever they look like though, we should tip a friendly hat to our local town planners, busily working away, building the future.