Paying for Auntie- but is it time for a bigger consultation on the future of the BBC? 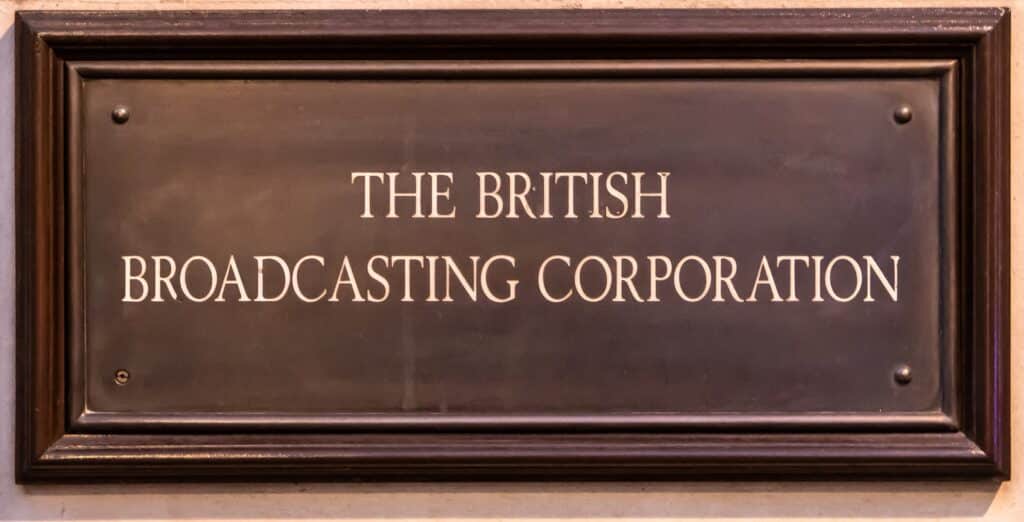 Of all the great institutions of the United Kingdom, perhaps the one that has the most lingering and ongoing impact across the globe, is the BBC. Its programmes and productions are sold to almost every country on the planet, programmes such as Top Gear, Doctor Who and anything with Sir David Attenborough in it have become icons of Britishness, and its news output regularly sits at the top of league tables as one of the most globally trusted sources of news. In terms of reach and positive image, other than the monarchy, it’s difficult to think of something which does a better example of promoting Britain.

Despite its immense soft power reach and influence the beeb is always vulnerable to changes in Government policy. As a recipient of major public funding through the licence fee in a time of ever tightening belts it’s an easy target for a Government which has already looked to reshape the media landscape, and has a habit of indicating that it thinks the system of support needs looking at. Last week, the House of Lords Communications and Digital Committee published its new report “Licence to change: BBC future funding”, examining the issue, and coming up with four potential solutions to the funding issue, ranging from the current licence fee arrangement to subscription and advertising.

Of particular note was the section in chapter five of the report in which it was argued that a core element of any proposed funding change should be public consultation. It will likely not surprise you that we agree! But whilst funding changes are an essential part of the continuation of the broadcaster, might it be time for a broader consultation on what the future of the organisation should be?

In essence, the BBC hasn’t changed much since its foundation in 1922. It’s grown certainly, the programming has changed to match public tastes, and the technology has evolved (my father, who was a BBC broadcast engineer back in the 80s will wistfully wax lyrical about this last one), but in essence it still seeks to fulfil its original Reithian mission to “inform, educate and entertain”, which remains a part of its mission statement to this day.

It’s not always been an easy ride. Over the decades it has withstood austerity, war, Mary Whitehouse, and political turmoil. But it has survived it all, becoming the worlds oldest national broadcaster, and the largest broadcaster in the world. The world we are in now however is a very different one from when the BBC started. The rise of the internet and subscription services like Netflix has fundamentally changed the media landscape, to one in which anyone with a smartphone can become a creator of content. A resurgence of populism and tensions in the world have shifted the geopolitical context, and there is more competition than ever.

With all this in mind, maybe it is time for a wider conversation about what the BBC should be, beyond disputes over funding, and how it should go about its mission. There are several reasons this might be a good idea. The first, perhaps obviously, is to reflect upon the changing times. Does the BBC still fulfil its objectives? Is it still achieving what it set out to do? Are these goals still appropriate? Could it be doing more to secure its place in a mercurial media environment?

The second is to preserve and bolster the appropriate balance between the BBC, the Government and the public. Although a national broadcaster, the BBC is independent of the Government, but the Government still has immense power to influence it, and something of a habit has been made by successive Governments of threatening the BBC with forced reforms, changes in funding and other alterations, basically on the whim of the Government. This can be immensely destabilising, and forces a near-permanent state of defensive thinking on the part of BBC executives.  A key mandate of the BBC however is its public service remit, and the public’s relationship with the BBC is equally as important as the Government’s. Ensuring that this relationship is not compromised by ill-thought out Government policy for whatever reason might be best ensured by a broader conversation across society about the role of the BBC, than mere patchwork consultations on individual aspects as and when the Government feels like it.

Not unrelated to this last point is the prospect that such a consultation could help to boost the perceived legitimacy of the BBC. As our national broadcaster, the BBC is the face of the UK media environment, and although its legitimacy formally derives from the Royal Charter, giving the vast number of people throughout the world who rely on the BBC the opportunity to give their views would clearly demonstrate the degree of public support (or lack thereof) for the organisation.

Such an exercise would also have the advantage of bringing in new idea. One of the criticisms of the BBC has always been that it can suffer from ‘silo’ thinking, and new institutional ideas can make little headway in the face of conservative or even reactionary thinking. Although in terms of technology the organisation has proven highly responsive, in other areas it has been significantly less so. A wider engagement exercise would open up the gates to new thought and provide opportunities for change.

It would also allow proper engagement with complex issues, if supported with the appropriate information. As with anything, a delicate balancing act is necessary to keep a large organisation such as the BBC going. It would help the public and politicians to realise and play around with how challenging that sort of management can be, and give opportunities for (often very) different views to be wrestled with in pursuit of solutions that could make the BBC a more efficient, effective and prosperous player.

With charter renewal coming up in 2027, and fundamental questions being asked about funding and the media landscape more generally, now might be the perfect time for the BBC to look at its operations in the round and reach out to the public to find out what they think. Whilst it may not be a public service body in the same way as a Government department, or the NHS is, it still maintains the leading position in ‘informing, educating and entertaining’, and provides one of the most prominent faces of British culture to the wider world. It’s worth looking after, and the best way to do so is to make sure people are well engaged and at the heart of its future.