Fracking: Did Scotland do it better? 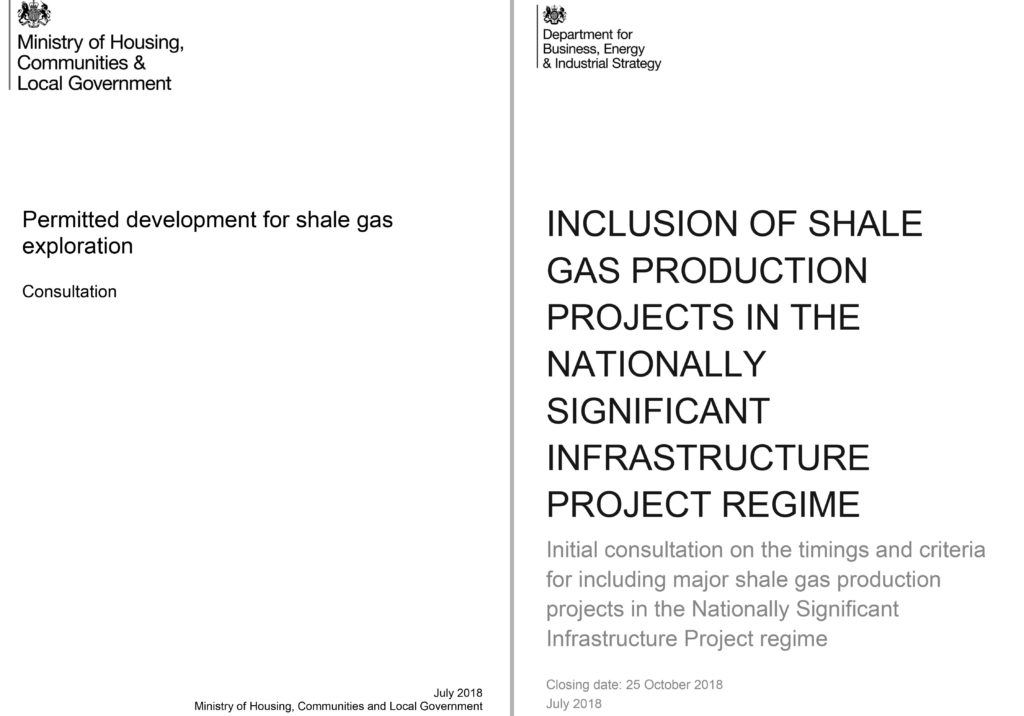 Fracking is highly controversial and still attracts lots of opposition within the UK; the recent drilling in Lancashire is a case in point. However, for such a controversial topic there has been little been nationwide discussion. Until now, you might say… but even then, the current debate is informal at best, remote and certainly not a structured discussion over the future direction of energy policy.

This lack of a national policy debate was not in and of itself a problem, until the changes that have been proposed by two consultations which took place over the summer.

These consultations, which have now closed, considered ‘Permitted development for shale gas exploration’ and ‘Inclusion of shale gas production projects in the Nationally Significant Infrastructure Project (NSIP) regime’. Before submitting a response, both were discussed and debated within our Planning Working Group, (a select group of tCI Associates that work within the sector) and builds on our discussion about early engagement in the planning and infrastructure sector.

The Ministry of Housing, Communities and Local Government’s (MHCLG) piecemeal approach to the two consultations fails to recognise that the sum total of the two proposed moves – firstly, to extend permitted development which reduces local community influence and local decision making, and secondly to include projects in the NSIP regime and further remove local decision making is significant.

It means that a project which by its nature has significant local impacts (both positive and negative) may pass through the planning system with no opportunity for debate over the core issues, and the local implications. There may be no discussion of ‘whether’, only ‘how’ a project should proceed.

In comparison, Scotland has conducted a lengthy public engagement exercise on fracking, including consultation and a recently launched Strategic Environmental Assessment. Have they done it better? Should a similar exercise of this size take place in the UK?

And whilst it is recognised that the consultation requirements and duties that the Planning Act and the NSIP regime place on developers are sound, nevertheless the debate at this stage of a project is necessarily of the details of ‘how’ a project should proceed. By having not had a national dialogue on fracking, skipping initial local discussion and debate and fast-tracking straight to ‘how’, essential steps to build trust and transparency have been missed and there is a real concern over the democratic deficit that this could have by restricting local input to decision-making. Is it a conscious attempt to avoid local challenge?

Removing the requirement for early public consultation may, in the long term, undermine the aims of introducing the permitted development ‘fast track,’ by increasing the risk of more substantial subsequent opposition, or even ratcheting up direct action.

Which brings us to the third government consultation in this disjointed trilogy – which is in fact about consultation! We will shortly be analysing and responding to the “Compulsory community pre-application consultation for shale gas development” consultation launched last week.

Our initial view is that this could go some way towards addressing our concerns, but issues remain over how this could work in practice, whether the requirements will be both substantive and meaningful to communities, and how deliverable and useful the approach will be for developers.

We will of course keep you updated with our views and welcome any comments you may have.

This article was written by Rebecca Wright and John Twitchen withEmma Wilson.

Rebecca is the Institute’s Client Executive. She has experience in a legal environment working within the family law department. She studied Politics at Leeds university and took a key interest in public engagement. Her role provides the Institute with knowledge and up to date case law for the benefit of clients. She has spent time working abroad and with international charities.
Outside of work, Rebecca enjoys travelling and chasing the sunshine, cooking, shopping and spending time with her family.